The Golden Globe Awards hasn’t hosted a red carpet since 2020. Worries over the spread of COVID-19 led to an online show in 2021, and the Globes were outright cancelled in 2022 due to criticisms around the lack of diversity in the Hollywood Foreign Press Association and its nominee picks.

So, the crimson carpet at the Beverly Hilton at last night’s Golden Globe Awards—which was teeming with so many buzzy emerging and A-list stars—was a return to full-on Hollywood glitz and glamour.

The Golden Globes have historically been a show where celebs and their stylists take more fashion risks than they do at the Academy Awards and other shows. But while there weren’t many fashion unicorns on the carpet last night (House of the Dragon’s Emma D’arcy, below, and Wednesday’s Percy Hynes White, who wore a black-on-black cape situation, were among the few), there certainly was a bounty of beautiful jewelry.

Diamond looks in white metals were the go-to for most. Necklaces were short and almost prim, but rings were outsized—big, bold, and often intricate in design. The multi-pierced ear parties that owned Hollywood red carpets in 2022 were still there, but felt more muted, with celebs donning just a couple of diamond stud styles in each ear, for example. All very pretty, if not groundbreaking (all good!).

Here are my five favorite jewelry looks from the 2023 Golden Globe Awards: 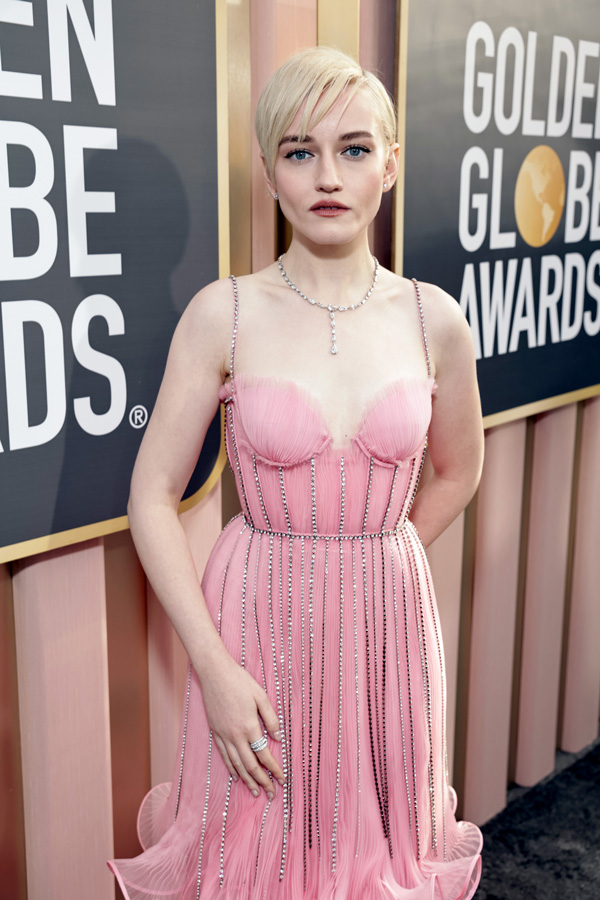