Q&A: ‘House of the Dragon’ Jeweler Jessica De Lotz, Who Also Did Jewels For ‘Killing Eve’

The first season of Game of Thrones spinoff House of the Dragon culminated last week in darkly dramatically style (no spoilers, we promise). And if you’re a regular reader of The Zing Report, you know we’ve already written about the show’s hit parade of historic-feeling jewelry and metalwork, which feel as character-revealing as the show’s intricate costumes, designed by Jany Temime. Both the clothes and the jewelry pull inspiration from a bevy of eras, but chiefly the Renaissance and the Byzantine Empire, Temime has shared.

As big fans of the show (and its jewelry and costuming), we were thrilled when London-based jeweler Jessica de Lotz reached out to us over email and identified herself as the artist behind the show’s jewelry and ornamentation. Naturally, we had a million questions for her:

The Zing Report: How did you come to work with Jany Temime on House of the Dragon?

Jessica de Lotz: Actor Matt Smith has been a collector of my jewelry for several years, as he used to live locally to my shop in Kentish Town.

In the past, he’s been featured in magazines proudly wearing my pinky rings and his seal charm. He was then at a fitting for House of the Dragon with award-winning costume designer Jany Temime, again wearing his Jessica de Lotz jewelry when she spotted it on him and inquired about it. It embodied the style she was looking for—ornate and quietly regal looking. He was very loyal to me and enthusiastically encouraged her to contact me. And then before I knew it, the producer of the show called me to arrange a meeting with Jany at the costume headquarters. 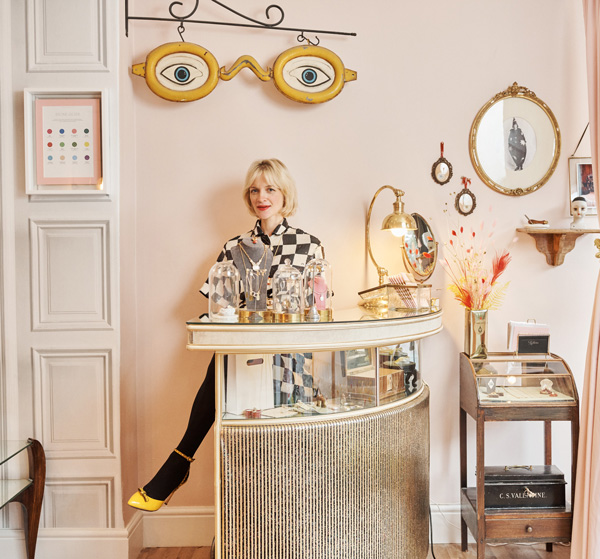 Jeweler Jessica de Lotz, who created the jewelry for ‘House of the Dragon,’ in her London store

How did you feel being asked to be on such a big project?

Insanely excited. I’ve spent a career translating people’s stories of love, loss, birth, and celebration into jewelry, and I’ve built a brand around that. So, on a much bigger level, working closely with costume designers on film and TV to bring characters to life through the items that they wear felt like a natural progression. But it is one of the biggest shows, if not the biggest show in the world. The fact that all these incredible actors would wear my pieces and the world would be watching them made me feel extremely honored to be asked from the outset.

Can you tell us a little about your background in film and TV?

Since I worked with costume designer Charlotte Mitchell on the jewelry for Killing Eve’s Villanelle—the show’s villain, played by Jodie Comer—for two seasons, my involvement in film and TV has really evolved. Next, I worked with award-winning costume designer Jacqueline Durran on a very pivotal jewelry piece for Greta Gerwig’s Little Women adaptation, released in 2019. It was the ring that Beth (played by Saoirse Ronan) gives to Laurie (Timothee Chalamet), and it has a central role in the plot. It also subverted tradition, with a woman giving a ring to a man. I love that.

Helena Bonham Carter has been a collector of my work almost as long as my business has been up and running, and she requested some pieces for her Sofology ad campaign. This is still being aired and sometimes catches me by surprise when I see it suddenly again. I also have interesting film and TV involvement lined up for 2023 already. 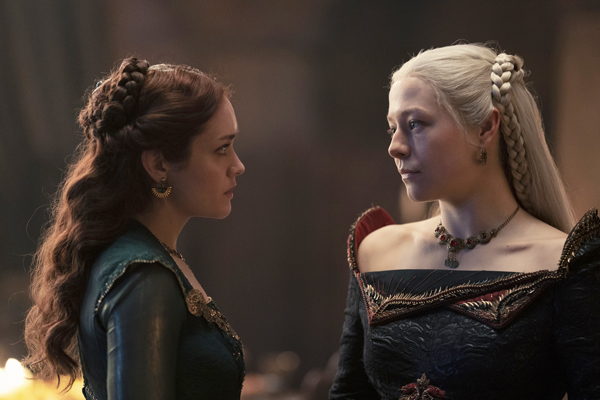 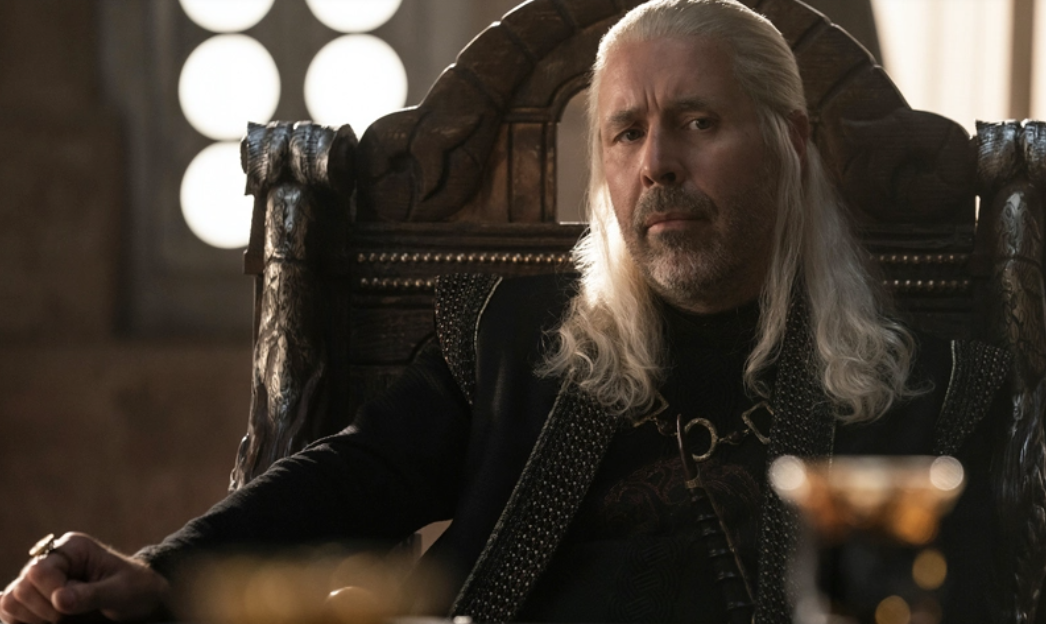 Your work on the show is just incredible—what influences did you lean on when creating pieces?

Due to the nature of the hand-stamped seals that I create, my jewelry can have an otherworldly quality that makes it quite difficult to date it, and I love that. I also pay close attention to the hidden details on the pieces. The embossing inside the rings, hidden subtle engravings, etc. If you look on the underside of some of the rings, for example, the detail on the bottom is just as important as the detail from the top.

What were your favorite pieces you created for the show?

I particularly love the oxidized silver, fleur-de-lis setting that we set the Valeryon crest inside; it makes the overall ring look so decorative and opulent (worn by Steve Toassaint). And the embossing on the inside of the ring shank adds a level of detail. Also having seen the show fully now, the gold Targaryen sovereign-style ring I made for King Viserys (Paddy Considine) looked very strong on screen. He wore it throughout, even on his deathbed. When his body was literally decaying, his ring stayed on like protective armor.

How did the instructions from Jany come to you? Was it for specific pieces?

Jany knew what she needed from the outset, and during our initial meeting we immediately discussed what each character needed and how best to fulfill this.

The best outcome was always going to be with the hand-engraved wax seals. I was very honored to be given the artwork for both the Targaryon (dragon) and Veraryon (seahorse) crests to have engraved into a wax seal. The ‘making’ process goes on from there. Jany was very clear and decisive about what she wanted. Like the pro that she is!

What did it feel like to finally see your work on the screen?

I was overjoyed! My initial meeting with the House of the Dragon costume team was in February 2021 so it felt like a long time coming. Glued to the screen, it certainly was one of the perks of my week every week. Working on TV and film, you never know what will be used and when, so it’s always a thrill to see the pieces used again and again in [progressive] episodes. My pieces really felt like each characters’ ‘uniform’ and reflected their personality. 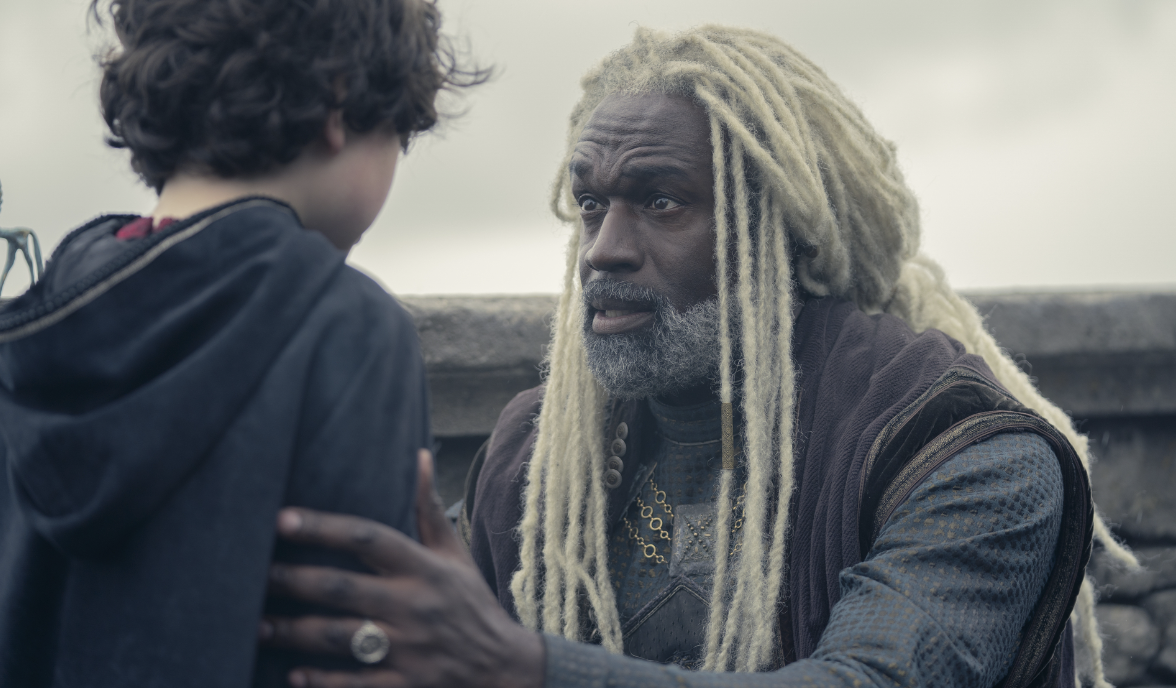 Top and above: Steve Toussaint as Corlys Velaryon in metalwork and the seal ring he wears throughout the series 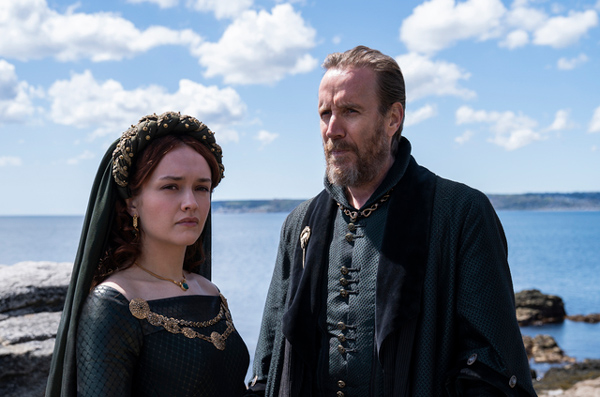 Cooke in a chest piece, gold earrings, and gemstone pendant necklace with Rhys Ifans in another large-link chain necklace and “hand of the king” brooch

Will you be making pieces for future seasons?

A second season has been confirmed but they need to wait for the designs to start coming through. Then we can only keep our fingers crossed!

All ‘House of the Dragon’ photos courtesy of HBO

Like Loading...
Previous Article
The Hottest Trend in Jewelry? That Ancient Look
Next Article
Jadeite Takes Center Stage in Christie’s Upcoming Jewelry Sale—Here’s Why the Gem’s So Highly Prized