But the stylists, production designers, and other creatives who bring these fictional worlds to life for film and TV have traditionally been cut out of studio-led branding efforts. Shondaland, the powerhouse production company founded by TV creator Shonda Rhimes, is working to change that.

The company has rolled out a new initiative, called Seat at the Table, that teams up creative professionals from its hit shows—which include Scandal, Bridgerton, and How to Get Away With Murder—with product producers out in the real world to create elevated consumers goods imbued with the spirit established by the people who originated the look of a show.

The initiative’s first collaboration is a jewelry collection: Emmy Award-winning costumer Ellen Mirojnick, who oversaw the creation of all those fabulous Bridgerton dresses as the show’s costume lead, has collaborated with fine jewelry designer Monica Rich Kosann to create the Bridgerton Jewelry Collection by Monica Rich Kosann. The capsule collection riffs off the jewelry and costumes of the smash Netflix series. 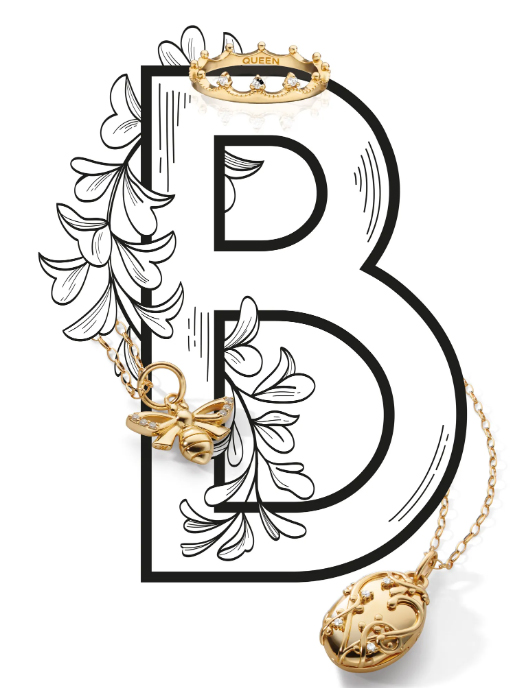 A statement from Shondaland asserts, “Bridgerton reimagined Regency-era fashion and inspired a new trend called ‘Regencycore,’ which has seen series fans donning everything from corsets and crowns to baby-doll dresses and pearl embellishments. The partnership with Kosann made sense given the jewelry maker’s own reputation for reinvention—she’s taken iconic jewelry pieces such as lockets, charms, and poesy rings and updated them for a new generation.”

Rich Kosann is known for her lovely lockets, and the Netflix-y new collection features classically romantic jewels—priced from $160 for a simple silver crown ring to $8,950 for an 18k gold charm bracelet—including wisteria-wrapped lockets, bee-adorned charms, and Queen Charlotte-inspired poesy rings. 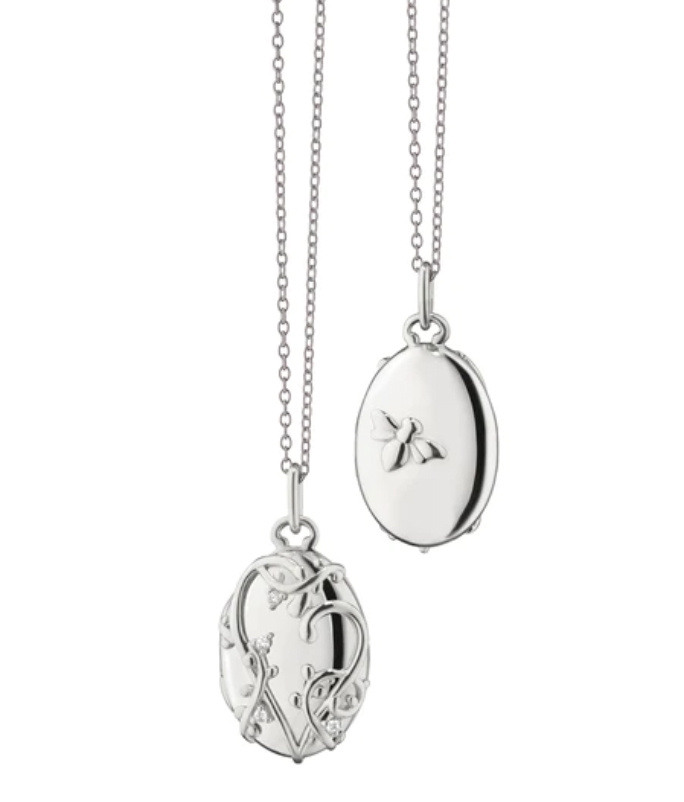 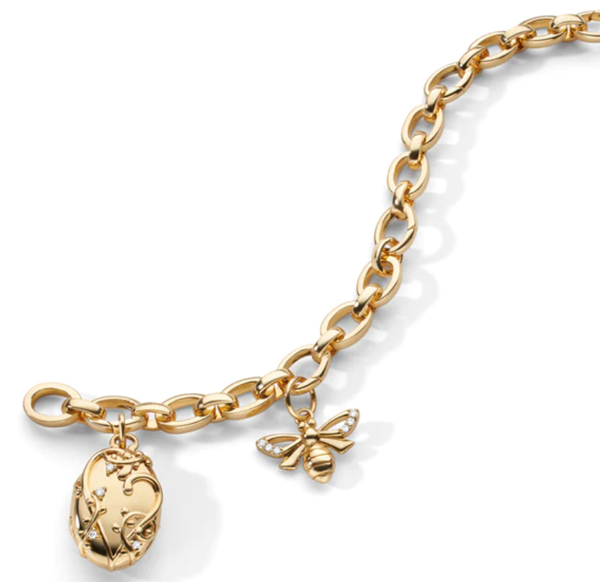 Top and above: Pieces from the Bridgerton Jewelry Collection by Monica Rich Kosann

Mirojnick, who also created the wardrobes for ’80s films Cocktail and Fatal Attraction, said in the same statement, “I think that [Rich Kosann] and I have the same spirit, and I think that we have the same intentions. It’s a genuine friendship and an ease in collaboration. Being given the opportunity to literally have a seat at the table where we will grow the brand feels incredible to me.”

She added, “I think Seat at the Table is going to turn the industry on its ear. There will be a moment where the industry goes, ‘Wait a minute. Shondaland did what?!’ When creators have the opportunity to get together and create something new from something that was, just think of all the possibilities.”

All images courtesy of Shondaland

Like Loading...
Previous Article
Day’s Jewelers On How a Customer Care Plan is a ‘Win-Win’
Next Article
Bow-and-Arrow Jewelry For Sagittarius Season