In the worlds of fashion and design, reactions to the pandemic largely fall into one of two camps: some envisioned a need for glamour and dressing to the nines after all those months at home in sweats; others experienced a desire for paring back the excesses and focusing on timeless staples.

Beck is in the latter camp. The New York-based brand has been around since 2008, when it launched with a range of costume jewels. But designer Rebecca Zeijdel-Paz, like so many of us, spent the pandemic reassessing her priorities and last year, Beck was reborn as a line of elegantly understated, endlessly wearable fine jewelry.

“In this world that feels very not grounded, I want to make stuff with materials that last forever,” Zeijdel-Paz says, recalling that in the early days of lockdown she found herself drawn to wearing heirlooms passed down from her mother and grandmother. “That feeling of longevity, that feeling of buying something that will live on past you…I think that’s something very precious.” 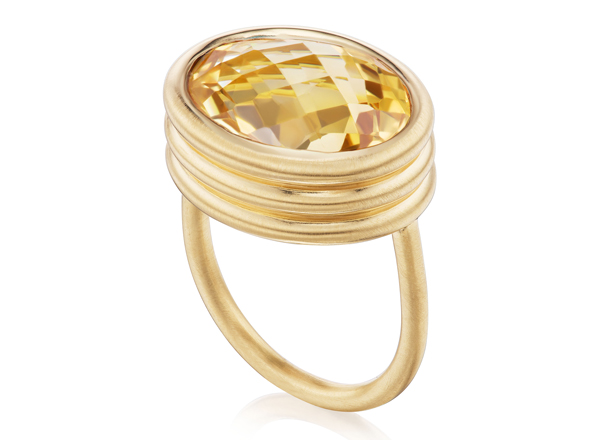 The Venezuela-born, Curaçao-raised designer has always mined inspiration from her Caribbean home. After studying fashion design in Italy and working for Carolina Herrera in New York, Zeijdel-Paz found that the fashion industry’s obsession with novelty left her wanting more. So, she returned to Curaçao to reconnect with her muse. Although she had no formal training, Zeijdel-Paz got into making jewelry because she loved being able to transform raw materials into something with her own hands. After making pieces for herself, friends and friends-of-friends began enquiring and, soon enough, her designs were stocked at boutiques throughout the Caribbean.

She moved to New York to begin producing in earnest and the brand really took off in 2016, when Lady Gaga unexpectedly wore a pair of Beck’s baroque pearl earrings to an Oscars event. The collection, which was marked by modern riffs on pearls and cameos in playful pastels, was doing well but Zeijdel-Paz found the fashion jewelry market’s need for seasonal newness and lack of permanence counter to her sensibility. So, when the pandemic hit, she returned to the drawing board once again.

The first piece she designed was ring featuring a large, oval citrine set in a stack of three tubular gold frames atop a minimalist band. Dubbed the Scuba ring, it has become a fixture of Beck’s new range. Other designs, like a cigar band with stacks of undulating gold waves and diamond solitaires set in boules engraved to recall seashells, similarly combine clean-lined geometry with impactful volumes for jewels that are bold yet wearable. 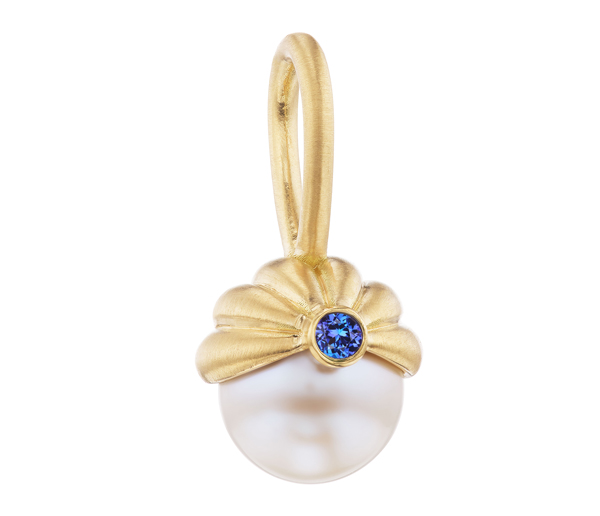 “I have these women in my head that I design for…women who wear rolled-up sleeves and go sailing and tie up ropes then come back to get dressed up and go out at night,” Zeijdel-Paz says. “These ladies, they’re not dainty.”

While many of Beck’s designs may seem simple, their balanced proportions and comfortable engineering are thoroughly considered. One ring comprised of a matte gold band securing a spinning diamond pavé wheel—inspired by the mechanisms on sailboats—is the result of what Zeijdel-Paz describes as “a million little puzzle pieces” coming together over months of experimentation. “I kept playing with it to achieve this clunky feeling that’s still very feminine,” Zeijdel-Paz says. “That very heavy energy versus a more sparkling energy.” 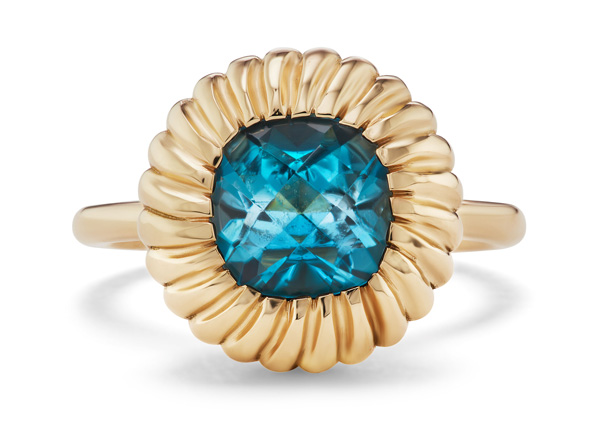 Her first fine collection, which debuted at Couture earlier this year, is dominated by rings because, as Zeijdel-Paz explains, “Selfishly, that’s what I love…Earrings are for other people, necklaces are a bit for yourself, but rings are truly for yourself.” That said, she’s building on the initial designs with everyday studs, her own take on hoops and understated charm necklaces. The studious designer cites everything from Jacques Cousteau to Boivin as influences, distilling it all into her own, beachy sense of style.

“I want to bring the way people wear jewelry in the Caribbean here,” she says, describing her fuss-free ethos. “In the end, it’s very universal…you can wear these diamonds during the day but you’re going to wear them at night as well, and after a while they’re going to be worn in.” Precious gems designed for real life—it’s a philosophy that, like Beck’s jewels, is strikingly simple yet feels so right for right now.