Shakti Ellenwood has always been inspired by imagery from ancient Egypt, India, and the Amazon rainforest—the jewelry designer sings mantras and icaros to the pieces she creates to imbue them with “blessing and protection,” creating pieces she considers “prayers captured in gold.”

And she’s also focused on sustainability. The designer, who trained under fifth-generation Armenian master goldsmith Hratch Nargizian in the 1990s and launched her eponymous brand in 2000, recently took her company through the rigorous process of becoming B-Corp-certified (see more on B Corps here). The jeweler uses Fairtrade gold exclusively, and sources gemstones from artisanal miners who benefit local communities and strive to minimize their impact on the environment.

Her most recent release, the awesome and often adorable Animal Amulets Collection, is “inspired by the Ancient Egyptians who wore jewelry for protection and the Native American Indians who say we all have a spirit animal who guides us,” she says. The imagery and ideas for the amulets/pendants came to Ellenwood during meditation; the jewelry designer has been attending Aboriginal Dreamtime meditation retreats for many years—which is likely why her new menagerie has so much spirit. 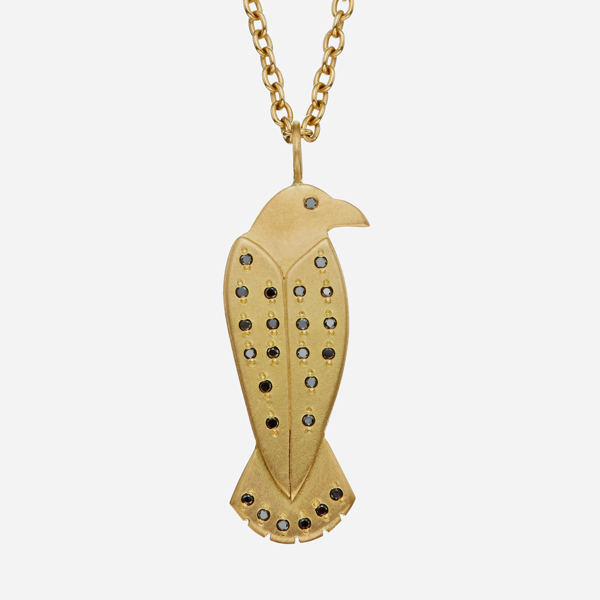 Shakti Ellenwood Merla Crow 18k gold amulet with 26 black diamonds, £2,196: “Known for their magical qualities and magician like personalities, the crow’s intelligence surpasses most other species,” reads it description. 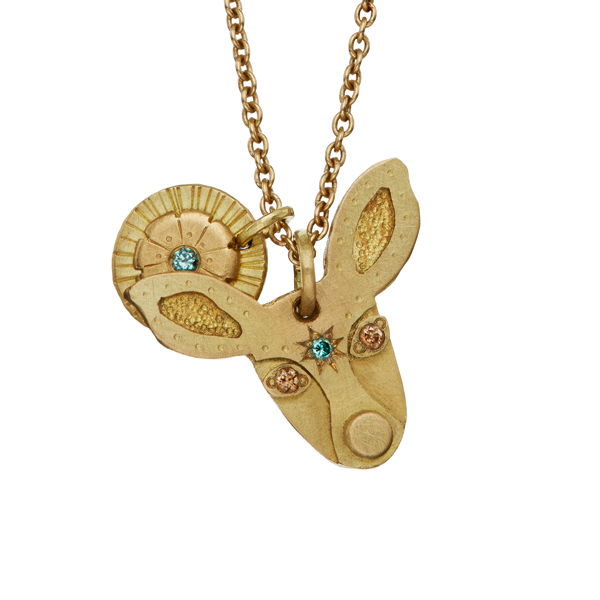 Shakti Ellenwood Fae amulet, £1,133–£1,678: “’Fae’ is the name for a fairy, thus named because the Celts called deer ‘faery cattle,’ reads the piece’s description. “They considered them to be supernatural animals who came from the realm of the faeries. She is a magical, mystical creature. She is gentle and spiritual with a fine ability to listen.” 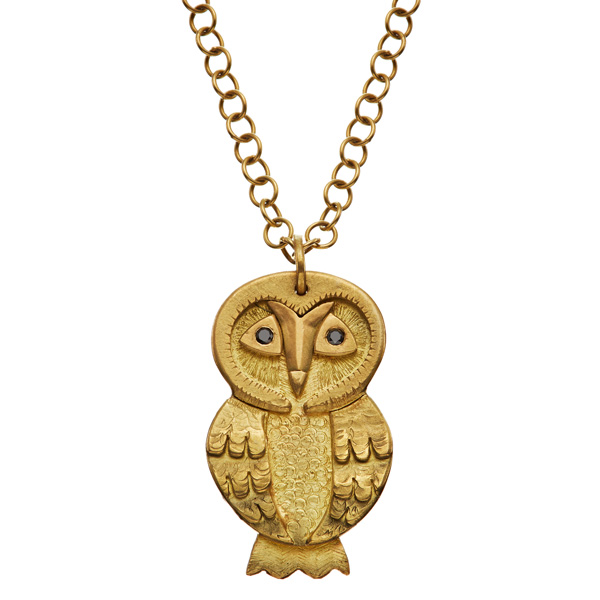 Shakti Ellenwood 18k gold Minerva amulet, £6,750: “Owls are the shamans of the bird world and have appeared in myths and folklore worldwide for centuries,” reads its description. “They represent sacred knowledge and ancient wisdom. If you feel connected to these extraordinary birds, you will be highly intuitive and deeply spiritual.” 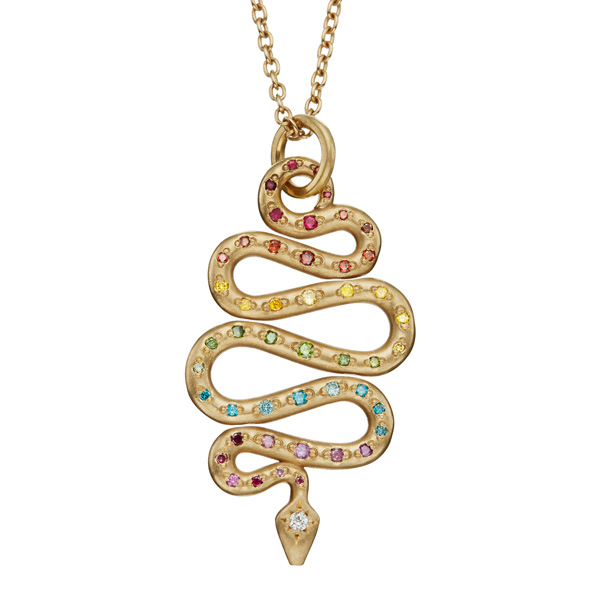 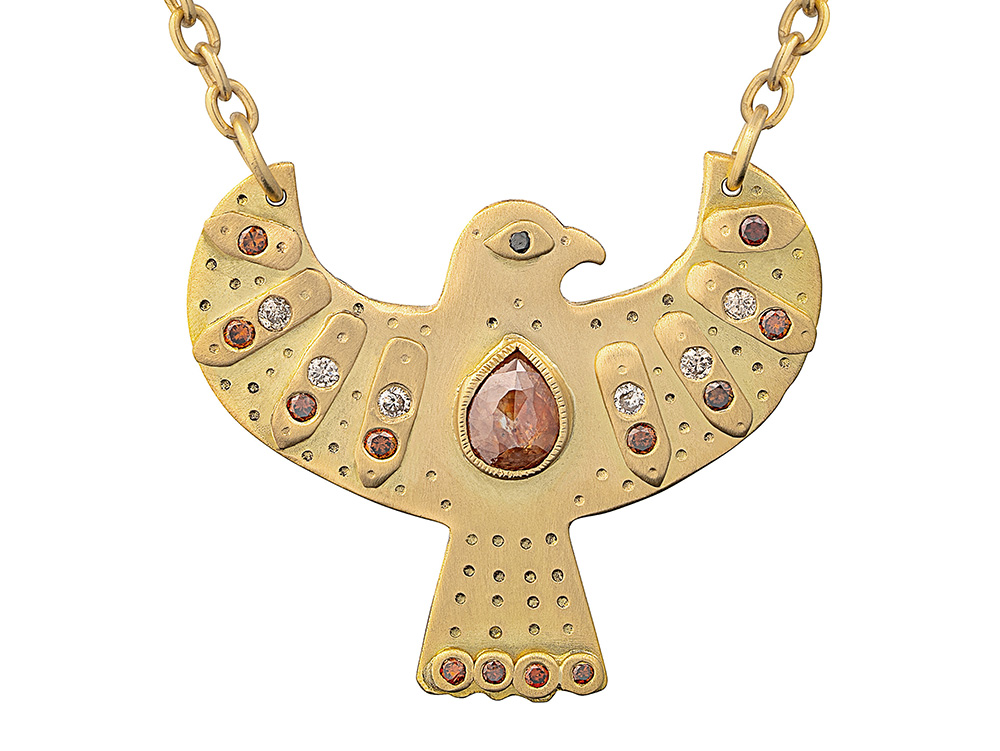 Top and above: Shakti Ellenwood 18k gold and multi-colored diamond Golden Eagle amulet, £2,770: This piece “is a symbol of strength, spirit, and vision,” reads its description. “A king amongst birds, revered by many indigenous cultures, both ancient and modern.  He is the perfect amulet to awaken your inner strength.”