Here’s a fascinating development: A rare diamond recently unearthed is providing clues to the scientific community about the layers of water that exist below Earth’s relatively thin mantle.

The Gemological Institute of America (GIA) has announced that miners dug up a diamond from the Karowe mine in Botswana—formed 410 miles below the surface of the earth—that features oddball inclusions.

GIA sees millions of diamonds every year, but its researchers were intrigued by the 1.5 ct. diamonds’ unique inclusions, which turned out to be very rare hydrous (water-bearing) minerals, suggesting the presence of water far deeper in the earth than previously believed.

Led by Dr. Tingting Gu, a GIA post-doctoral research fellow, researchers including GIA’s vice president of research and development, Dr. Wuyi Wang, examined the D-color diamond— which rode a volcanic eruption up to the surface of the planet—using methods including FTIR, Raman spectroscopy and X-ray diffraction. All the studies revealed that water can be found at least across the earth transition zone (410-670 km deep) and into the lower mantle (more than 670 kilometers deep). 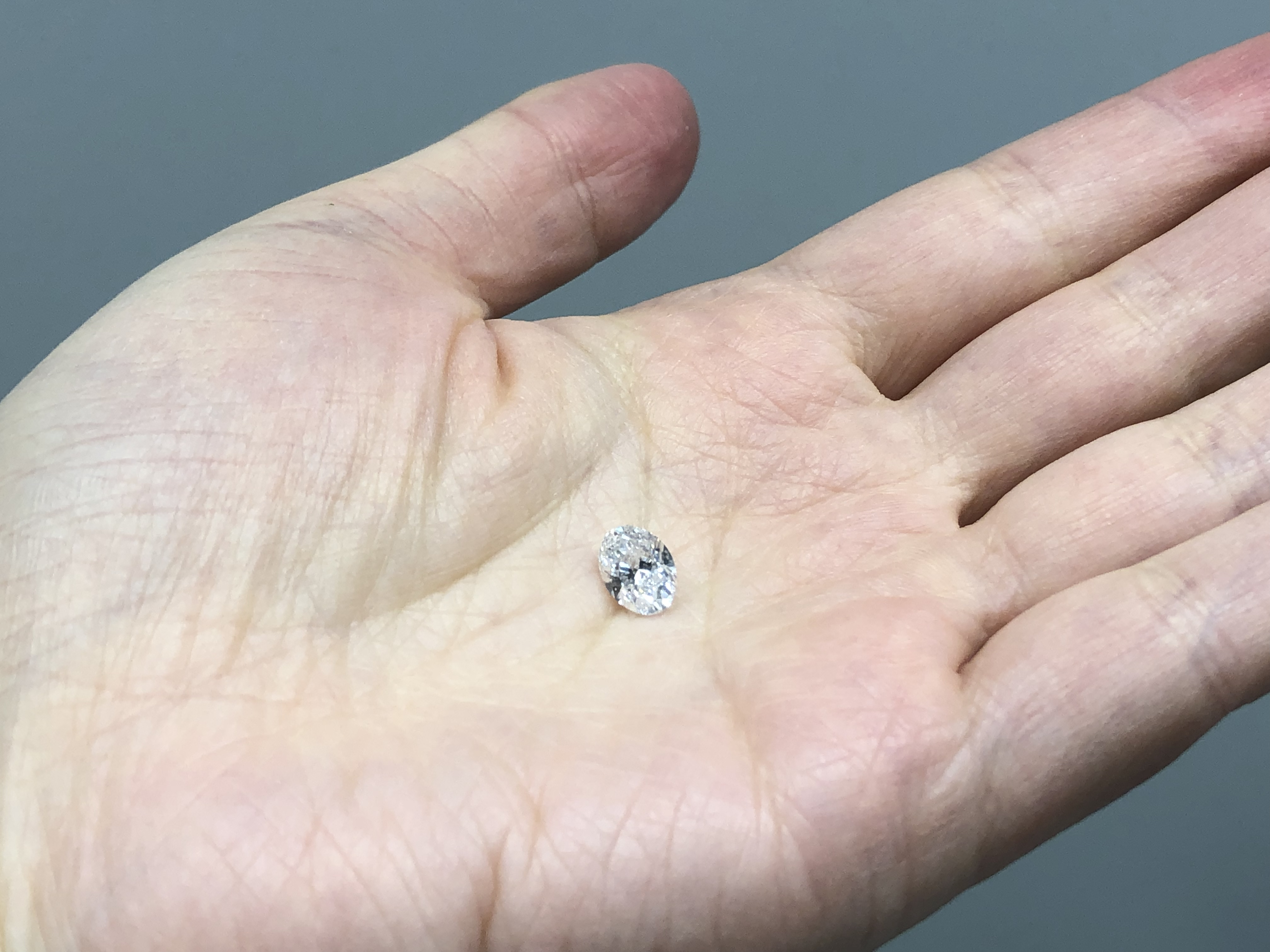 This is huge geological news. We know that 70% of Earth’s exterior is covered in water. But Earth’s so-called “deep water” cycle—the watery environments deep within the planet—have never been fully understood because the deepest known borehole (human-made) is just over 7.5 miles deep. That’s basically the depth of a rabbit den relative to earth’s girthy 7,926-mile diameter.

The diamond was the centerpiece of a scientific study published last week in the journal Nature Geoscience. Said Dr. Wang in a prepared statement from GIA, “Mineral inclusions in diamonds are the only materials from the earth’s interior that we can analyze directly [and] the study of these minerals offers unique opportunities to understand the chemistry of the Earth’s interior.”

Yet another reason to love the sparkling gem.

Like Loading...
Previous Article
The Permanent Jewelry Trend Is Here To Stay (Literally!)
Next Article
This Family-Owned Jewelry Retailer Digs Its Own Gems and Broadcasts Live Monthly Gem Shows