Cartier is one of the most legendary jewelers and watchmakers in the world. And this September, one of its most storied and elusive timepieces, the Cartier Cheich, will be up for auction.

The story of the timepiece—a daring design defined by a bezel meant to depict a traditional head covering—is fascinating, and tragic.

The Cartier Cheich was a collaboration between Alain Dominique Perrin, Cartier’s then-president, and Thierry Sabine, a race car driver and founder of one of the world’s most famous transnational car races, the Paris-Dakar (now known as the Dakar Rally). In 1983, on the 5th anniversary of the Paris-Dakar—a grueling 6,200-mile motocross race from France to Senegal that crosses the Sahara Desert—Perrin and Sabine created the so-called Cartier Challenge, which promised the bespoke Cheich watch as prize to anyone able to win the Paris-Dakar two years in a row using the same category of vehicle (bike, car, or truck). 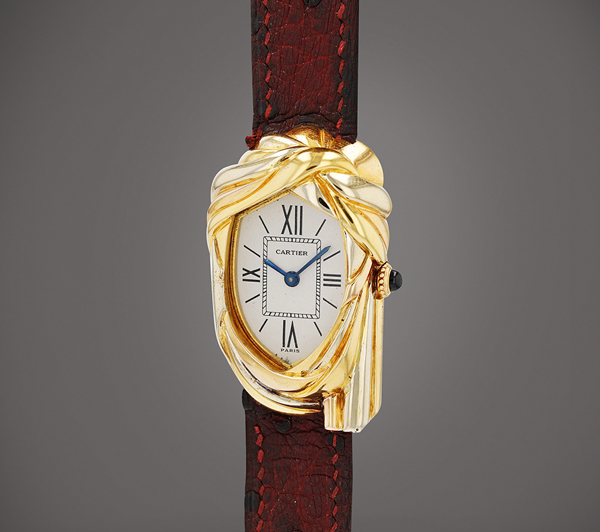 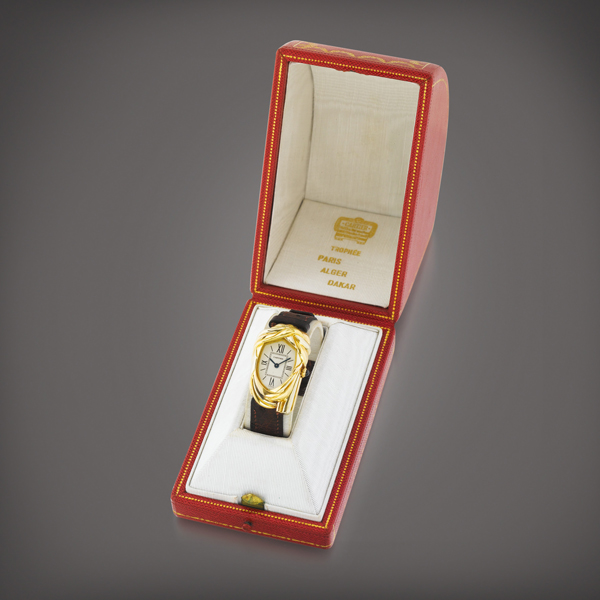 The watch comes with its original box

This feat was widely considered impossible. But Belgian-born Gaston Rahier won the challenge in 1984 and in 1985, which made him the first and only person to win the Cartier Challenge and accept the Cheich as his trophy. It’s Rahier’s watch, which hasn’t been seen in public for 40 years, that will be auctioned at Sotheby’s Luxury Edit sale in Paris on Sept. 30. It’s expected to fetch between $200,000-$400,000.

Only three other Cheich watches were created aside from the so-called “Rahier,” and one was meant for a potential female winner; it’s a smaller model with diamonds. Another was a gift to Sabine from Perrin that likely then passed to Hubert Auriol, a famous French motorbike race driver. But that one’s now considered lost.

Now here comes the tragic twist. The Cartier Challenge only lasted four years, because towards the end of the 1986 Paris-Dakar Rally, Sabine died in a helicopter crash in Mali caused by a sandstorm. The crash also killed four other people, including one of France’s most popular singers, Daniel Balavoine.

With such a painful attachment, the watch—a unicorn in terms of design and rarity—slipped into obscurity for a time. But indisputably, it’s a masterwork. Its creator, Cartier’s then-creative director, Jacques Diltoer, was inspired by the rally’s logo featuring the silhouetted face of a Tuareg wearing a ‘cheich’ (or in French ‘chèche’), a traditional piece of cloth worn around the head as a protection against the sun.

“There are so many reasons why the Cartier Cheich watch is extraordinary, it’s hard to just pick one,” said Benoît Colson, international watch specialist for Sotheby’s, in the same statement. “It has achieved near mythical status and the market. There is no doubt that this Cheich watch, the only one awarded and the only one to come from private hands, is one of the most important Cartier wristwatches ever made.”

All images courtesy of Sotheby’s