Jewels that retail for thousands of dollars are sold online every day. But for some luxury consumers, even after two decades of e-commerce, buying big-ticket jewels the same way you buy trash can liners still doesn’t feel quite right.

And it’s that discomfort—that agita—that led business-world veteran Debora LaBudde to create a company that answers jewelry lovers’ desire to touch, feel, and wear a piece before purchasing it.

Memo, the (platform she launched) in 2019, is two things: a fine jewelry e-tailer of designer fine jewelry (shoppable on experiencememo.com), and a tech startup that recently debuted a proprietary API (a software interface) to allow retailers to securely offer clients the opportunity to do home try-ons with pricey jewelry—without assuming additional liability (see details on memohometryon.com).

Already, Memo’s application programming interface (known as “API”) is available to any brand or retailer that’s built their website on Shopify, the reigning e-comm platform for small-to-medium independent brands. And a handful of jewelry brands, including Julie Lamb, Delphine Leymarie, and Amy Gregg Jewelry, are already partnering with Memo to let their shoppers demo their designs at home.

The offering is low-friction for consumers. Here’s how it works: In online checkouts, users agree to be verified for the three-day try-on period. “We authenticate the customer order using both third party fraud detection software and our own proprietary processes to verify the customer is who they say they are and that the order is valid,” explains La Budde.

If the system okays the consumer, the jewelry is shipped. And the shopper’s credit card doesn’t get charged until after the three-day period is up (or not at all if they choose to return the piece, using a pre-packaged box and UPS or FedEx label). Very often the transaction results in conversion on day one of the try-on, says LaBudde. 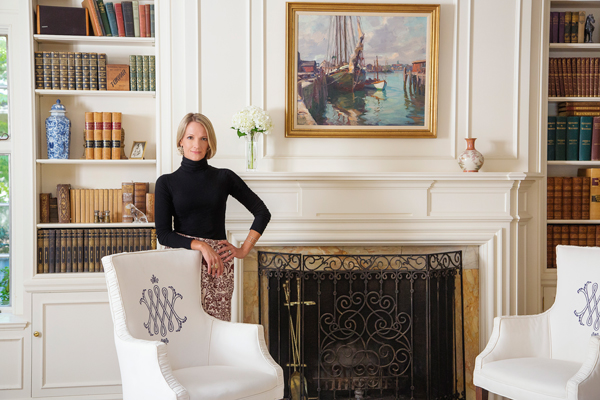 LaBudde first studied the jewelry industry in the early 2000s when she was working for Ray Ban and looking at new models for retailing sunglasses. “There’s a touch and feel aspect to sunglasses, too,” she notes. “You want to see something and hold it. With designer jewelry pieces, the craftsmanship comes to play, as does the weight of a piece.”

Roughly five years later, after heading the venture capital fund, she took a hard look at the jewelry market again and saw “the industry had changed but the opportunity was still as ripe as ever to serve consumers in new ways.”

She traveled extensively while running the fund and would often tack half days onto trips to make time to see artists and jewelry designers in their studios. “I realized there’s this entire world out there that women like me don’t know about,” she says. “A lot of it came from, how do I make this [world of designer-led fine jewelry] more accessible? How do I allow people to experience this? Back at that time, people would say ‘Go to Barneys or Bergdorfs.’ But even that wasn’t always accessible, and it doesn’t give you that experience of going to meet with a designer in their studio. That’s an intimate experience.”

A self-described “markets person,” LaBudde designed Memo to be a conduit between retailer and consumer, allowing both to engage in more thoughtful transactions through the home try-on experience.

“With the home try-on service, we take away those barriers—the glass cases, the having to drive somewhere—that might prevent people from going into a store,” she adds. “When you’re shopping for jewelry, you don’t want pressure. You want to spend time with the piece.” 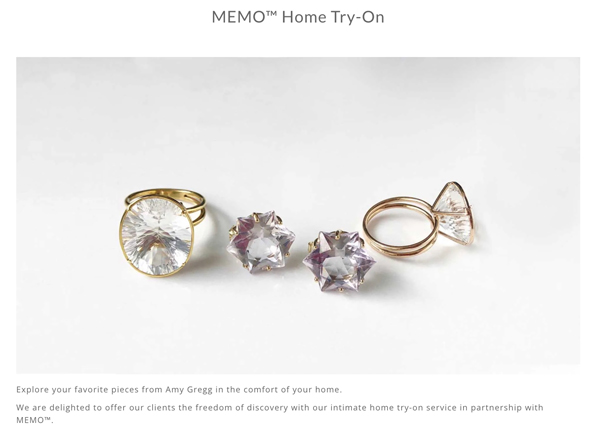 Memo’s retail partners pay a small percentage of all successful transactions made using the API, but take on no liability themselves (“that’s part of our value proposition,” notes LaBudde). Stores and brands can be up and running with Memo’s API in 24 hours—they simply install the code on the back end of their website and Memo activates it. Sellers hand-select which items on their site they want to make available for home try-on (for lower-priced items, for instance, an item loan might not make sense).

“We know that for retailers, sending a product home on loan or spec with a client is something you do without thinking. You do that because you trust that person, and you want them to be sure they really want the piece. What we are enabling is this—the retailer can now offer that same sticky service to a much broader base.”