Legions of bling-loving netizens are going bonkers for the Toi et Moi engagement ring that music artist Machine Gun Kelly gave his girlfriend, actress Megan Fox, last month (see it above). And there are plenty of reasons go wild for it. The bespoke design is by acclaimed British designer Stephen Webster; the two gems, connected by a magnet, are the couple’s respective birthstones; and the gold is from the SMO-owned mine of Hummingbirds Yafolila mine in Mali, Africa.

If you’re tuned in to what the future holds as far wedding jewelry trends, your antennae should be buzzing around toi et moi rings. The style represents a welcome departure from recent bridal jewelry styles, but also has a long history (so doesn’t ever really go out of style).

The toi et moi style originated in 1796, at the center of one of the most infamous love stories of all time, that of Napoleon Bonaparte and Joséphine de Beauharnais. The couple’s betrothal ring comprised two opposing pear-shaped stones—one sapphire, one diamond—each weighing just under a carat. (Fun fact: the ring sold for $949,999 at auction back in 2013.)

Since then, “The toi et moi style has always been symbolic of romance and the union of two people,” says Lauren Levy of Lauren DeYoung Jewelry, who also serves as a consultant for The Jewelers Circle, a trade-only digital marketplace for estate and antique jewelry dealers.

But despite its regal pedigree, toi et moi has never gone full-on mainstream. “We see examples of this style throughout many periods in history, not just one,” adds Levy. “Each era expressed the trend in its own way taking on design characteristics that were popular at the time.”

You’ll see a lot of retro tois on the secondary market. From the mid-century era, Jackie Kennedy’s engagement ring stands out as the ne plus ultra. Gifted to her around 1953 by a young John F. Kennedy Jr., the jewel featured a 2.84-carat emerald-cut emerald and a 2.88-carat emerald-cut diamond in a bypass design with baguette-cut diamonds and emeralds as accent stones. Later, the fashionable first lady would have the ring redesigned Van Cleef & Arpels, with the toi et moi motif intact.

“Couples these days enjoy twinning, being equals, different but the same,” says Severine Ferrari, founder of Engagement 101, a media site focused on proposals and engagement rings. “You see a lot of them wearing similar outfits/colors every day and for special events including their engagement and engagement pictures. Same sex or different sexes. Jonah Hill and his girlfriend Sarah Brady [wearing matching suits] on the red carpet. Or Kanye West and Julie Fox” in matching denim ensembles.

The 2022 take on toi et moi might also have a gender equality message that might be summed up as two individuals coming together in marriage but maintaining their individuality.

Peruse of the budding trend as it stands now, below—and keep an eye out for new toi et moi styles the next time you hit up your favorite bridal supplier! —Amy Elliott 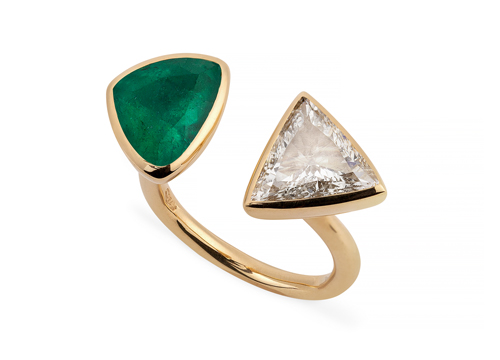 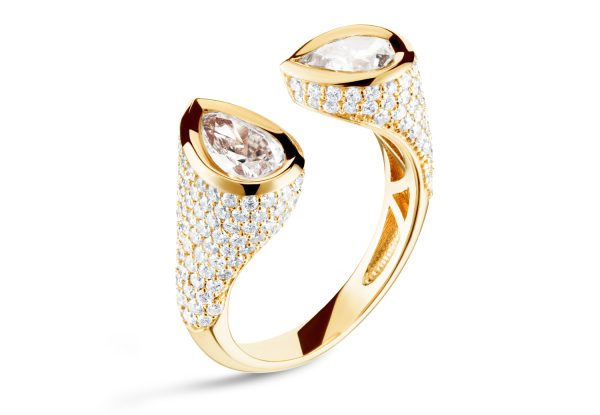 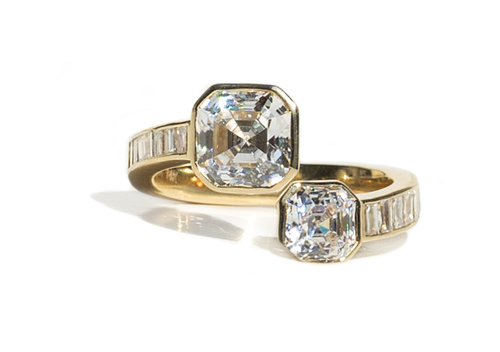 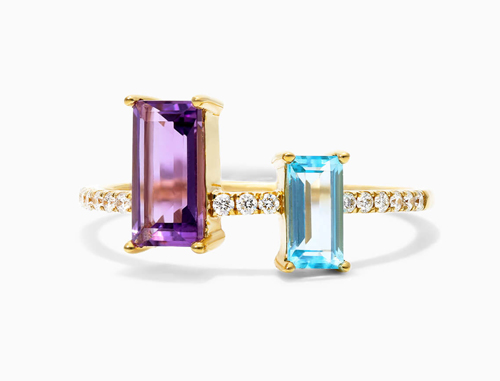 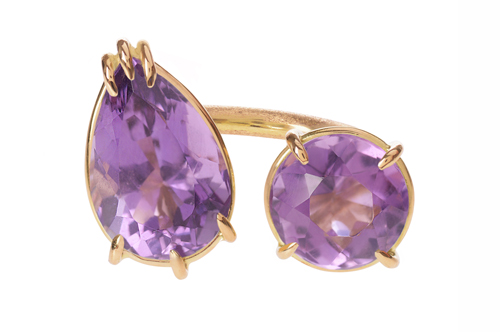 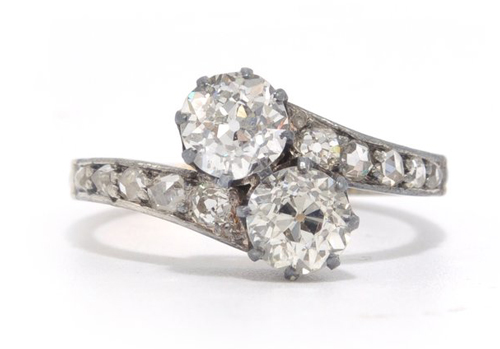 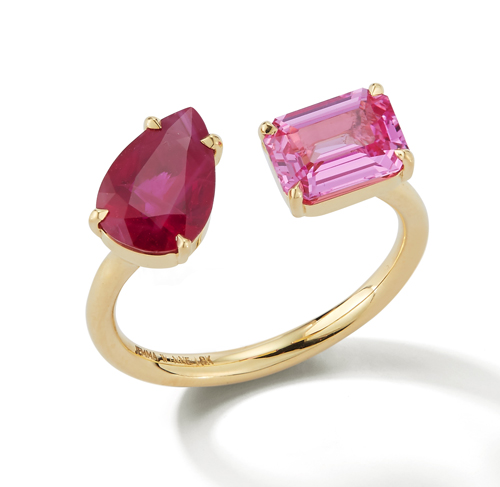 Top: The publicity surrounding Stephen Webster’s toi et moi engagement ring commission for Megan Fox and Machine Gun Kelly has been robust to say the least. The bespoke design features two pear-shape stones—a diamond and an emerald—that form “the obscure heart that is our love,” according to Kelly via Instagram.