Platinum Rising: The Iciest Precious Metal is Enjoying a Resurgence

Platinum isn’t new—it’s ancient. And interstellar. Two billion years ago, the precious metal hitched a ride to Earth on meteorites that buried it deep in the planet’s crust. It’s not well known, but platinum was found in ancient Egyptian tombs.

The icy metal has played a major role in the U.S. jewelry industry since the early 1900s, shortly after troves of the precious metal (along with diamonds) were discovered in South Africa in the late 1800s. It was the metal of choice for seminal jewelry ateliers including Oscar Heyman and Tiffany & Co. in the mid-1900s, prized for its strength and unwavering white tone, which ably showcased the bold gems of the day.

White and yellow metals floated in and out of style in the years since (gold clearly owned the 1970s, for example). Platinum has been, and still is, the prestige metal for bridal jewelry. But it’s been years since it’s been in the fashion spotlight in the U.S. Despite its record-breaking prices, yellow gold has dominated that category for over a decade.

But 2022 may prove to be the year that platinum steps out from behind yellow gold’s shadow.

Signs point to its resurgence. It’s only fairly recently that American fashion influencers have fully embraced the white metal triumvirate: white gold, silver, and platinum. But white metals have been trending in other parts of the world (Europe, China, Japan) for years. And platinum, which for most of our lives has been pricier than gold, is currently cheaper than gold (though because platinum is purer than gold, you need more of it to make a jewel). As of this writing, platinum’s price is $873.64 per troy ounce, versus gold’s $1,636 per troy ounce.

It’s fortuitous timing. Fashion is fickle; jewelry is less so, but “new” is always in demand—and for many Millennial jewelry lovers in particular, platinum feels fresh.

Demand is certainly growing. In the U.S., platinum jewelry consumption is in its eighth year of consecutive growth, according to Platinum Guild International (PGI). “Platinum jewelry demand has undergone unprecedented growth in 2021,” says Jenny Luker, president of PGI. “In the US, PGI has seen demand from business partners experiencing multiple years’ increase, even in 2020 when the pandemic severely affected business.”

A recent report from the organization also found that preference for platinum engagement rings among women aged 18-30 and 31-45 rose to the highest levels in the third quarter of 2021, compared with the previous three quarters, at 34% and 49%, respectively. And PGI has been striving to expand platinum’s use beyond bridal via partnerships with brands and designers: “As we see growing demand for jewelry for women to purchase for themselves, it requires more fashionable, versatile designs, which we have been prioritizing with some of our strategic business partners,” Luker says. “We want to ensure that women who have platinum for their engagement rings and wedding bands have options beyond bridal to purchase for themselves.”

Platinum’s popularity Stateside has certainly been aided by the influx of splashy designers suddenly (or once again) showcasing the metal.

Eva Fehren chose platinum for her latest diamond jewelry collection, REFLEXIONS, which toasts the brand’s tenth anniversary (see more on that here). Fine jewelry designer Marla Aaron chose platinum as the metal in her co-branded ring design with De Beers earlier this year, and says she offers every piece in her collection in platinum because, “It’s heavy it’s beautiful—it has a wonderful feel. Our pieces are solid, and when you feel the weight of platinum it’s special. And that’s one of the things [consumers] respond to, I’m sure: the sheer weight of it.” 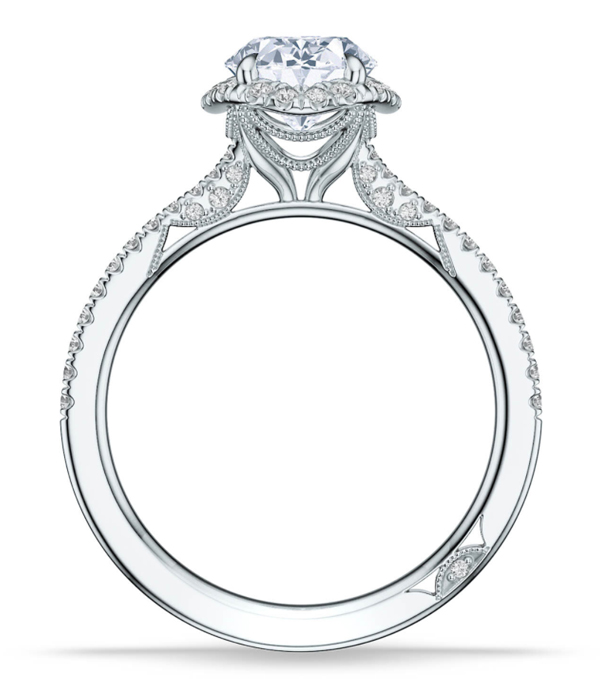 Nadine Tacorian, COO and design director for TACORI, says the brand’s seen an increase in platinum demand among customers recently. “We think people are loving platinum because it is worth the investment,” she tells The Zing Report. “Platinum is durable and stands the test of time. Platinum prongs offer the best protection to secure diamonds and gemstones, and act as the perfect colorless canvas for your design…If you are investing in the design and craftsmanship of a TACORI piece, why not invest in a quality metal that requires less maintenance over its lifetime?”

Nikki Chividjian, director of fine jewelry for Omi Privé, says the brand prefers to work in platinum over other metals because, “Platinum is the premier metal choice for security and longevity of a colored gemstone heirloom jewelry piece.” The atelier’s head designer, Niveet Nagpal, “loves utilizing platinum for its pure white appearance, which is ideal for showcasing bold colors of our fine colored gemstones.”

Chividjian adds, “because platinum has become more competitively priced over the last few seasons, we do see some customers preferring the metal because it’s more affordable than gold.” And in this era of highly educated jewelry consumers, platinum’s value proposition may be what ultimately sends it soaring. —Emili Vesilind