When Sarah Jessica Parker, as her Sex and the City character, Carrie Bradshaw, wears a piece of jewelry, it’s not only noted in the fashion and jewelry press—it’s carefully identified and studied with the type of academic rigor you might find in botanists who’ve discovered a new plant species.

After all, Parker-as-Bradshaw catalyzed one of the biggest jewelry trends in decades in the 1990s, when her Carrie nameplate necklace sent women rushing to their jewelers to cut their names into pendants. The moment was the beginning of the personalized words/letters trend that’s still going strong today. And since then, countless stories have been written about seminal Sex and the City stylist Patricia Fields’ brilliant and creative costuming for the series.

In the new Sex and the City reboot, And Just Like That, Fields is replaced by costuming team Molly Rogers and Danny Santiago (both of whom are Fields protégées) who have carried on the tradition of statement jewelry in the series, especially when it comes to Parker. The costume designers pulled memorable pieces from Marlo Laz (including this bold heart pendant) and Helen Ficalora, who made this New York State charm that feels like the heir apparent to the iconic Carrie necklace.

But the most defining jewels from the series are arguably the handful of rivière (French for “river”) necklaces from jewelry designer Nak Armstrong‘s sterling silver-based Nakard collection that Parker wears throughout the season. 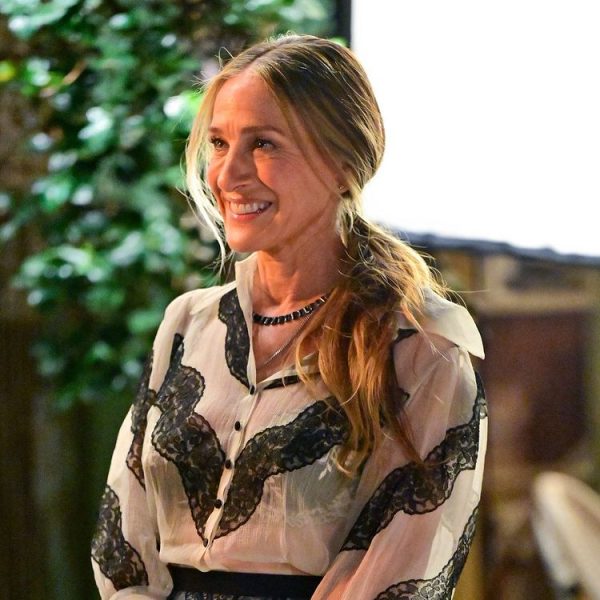 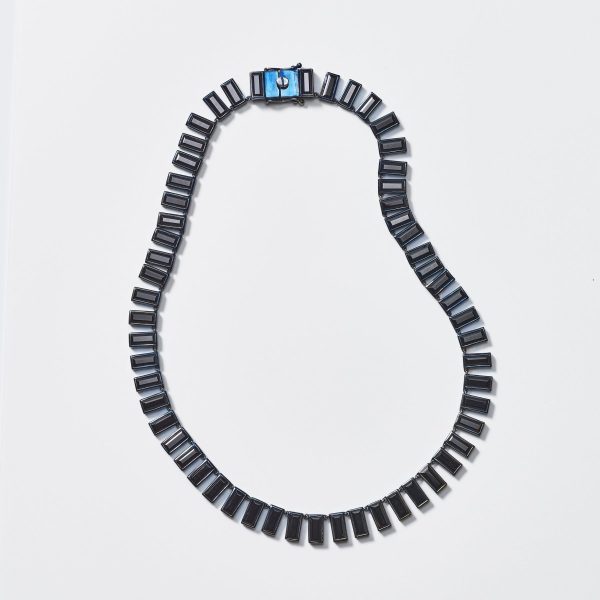 Armstrong’s public relations representative, Danielle Gadi, worked closely with Rogers and Santiago throughout the show’s filming, “and it seems like they and Sarah Jessica really took a liking to our Nakard rivière necklaces!” the designer tells The Zing Report.

The inclusion of pieces in the series, “is incredibly gratifying,” he adds. “Sarah Jessica Parker has always been a style icon, and it means a lot to a brand when she selects your pieces.” Parker also wore Nak Armstrong jewelry in the original Sex and the City, “so this feels like a full circle moment. Carrie Bradshaw has been this seminal fashion character for so long because she approaches fashion with whimsy, creativity, and an extension of her personality, and that’s how I try to approach my collections.”

Parker also wore an Armstrong rivière layered with a Harry Winston diamond necklace to the premiere’s after party in mid-December. “I love to see my pieces worn casually with other designers because it’s the way people really dress,” Armstrong notes. “Her team was looking for a necklace that had a mix of diamonds and lavender tones, and we had the perfect piece to fit the bill. It’s really gratifying when there is that synergy. It felt like a real New York moment.” 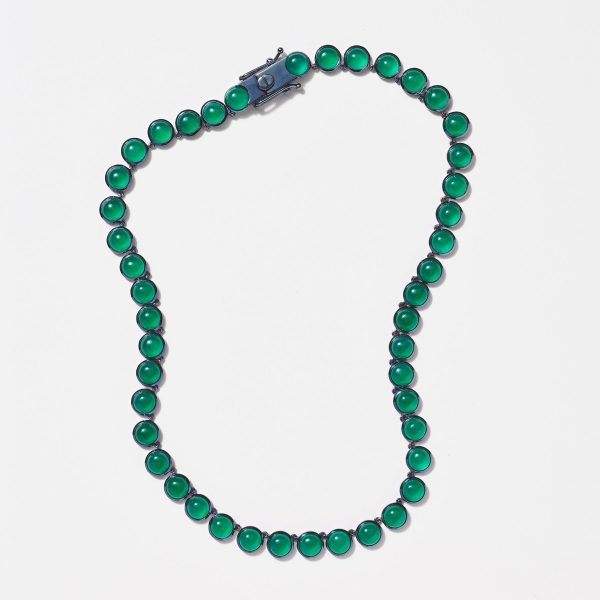 Nakard Small Dot Riviere Necklace in green onyx, $1,450, which is also worn by Sarah Jessica Parker in And Just Like That

Like Loading...
Previous Article
Vicenzaoro 2022: What to Know Before You Go
Next Article
The Difference Between Priority Mail Express and Express Mail