Turquoise Dreams: December’s Funkiest Birthstone is Back in the Style Spotlight

Turquoise. The creamy blue-green gemstone is famous for its bohemian ties: It was the gem of choice for 1960s-era rock and folk stars including Led Zeppelin, Jimi Hendrix and Janis Joplin, who were especially drawn to American Indian-made turquoise designs. The stone’s been ubiquitous in counter-culture scenes since, and today’s it’s still beloved by eccentric style icons such as Harry Styles, Iris Apfel, and Lenny Kravitz.

The gemstone—which is one of three December birthstones, along with tanzanite and zircon—is getting lots of love this season from top fashion jewelry designers and mass-market manufacturers alike who’ve set the milky gem into both classic and innovative-feeling designs.

Los Angeles-based Jacquie Aiche borrows regularly from historic Native American jewelry design for her namesake collection, and this fall she debuted a series of stunning turquoise pieces that depict the classic Navajo Thunderbird, among other Native American motifs. Designer Nak Armstrong, in contrast, used the gemstone in riviere necklaces—a classic (and once even snoozy) jewelry style if there ever was one. But Armstrong’s made the look modern and oh-so-covetable by using laid-back turquoise, which still radiates its ’60s rebel vibe.

The gem, which comes in dozens of hues that range from the classic creamy-blue to nearly grass green—making it a versatile stone for designers—is also ancient. Turquoise jewelry dates to 3000 B.C., according to the American Gem Society (AGS). It was found in ancient Egyptians tombs (King Tut’s burial mask was adorned with turquoise), and the oldest turquoise mines are in the Sinai Peninsula of Egypt. Turquoise was also beloved in ancient Persia, where craftspeople often engraved it with Arabic script and used it to cover palace domes to represent heaven. The word “turquoise” comes from the French pierre tourques for “Turkish stone.”

Native Americans mined turquoise throughout the present-day southwestern U.S., and the gem became valuable to Navajo and Pueblo trade and prized by the Aztecs in South America. Though, perhaps surprisingly, the turquoise-studded jewelry that’s associate with Native American tribes didn’t originate until the 1880s.

Perusing the many modern collections that spotlight turquoise this season, we’re reminded that the Egyptians called the gem mefkat, which meant “joy” and “delight.” Turquoise is certainly those—and here are a few delightful new styles featuring the celebrated stone. —Emili Vesilind 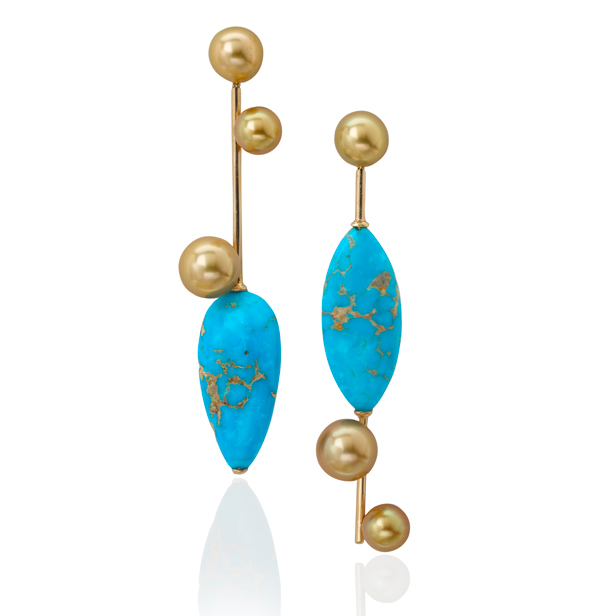 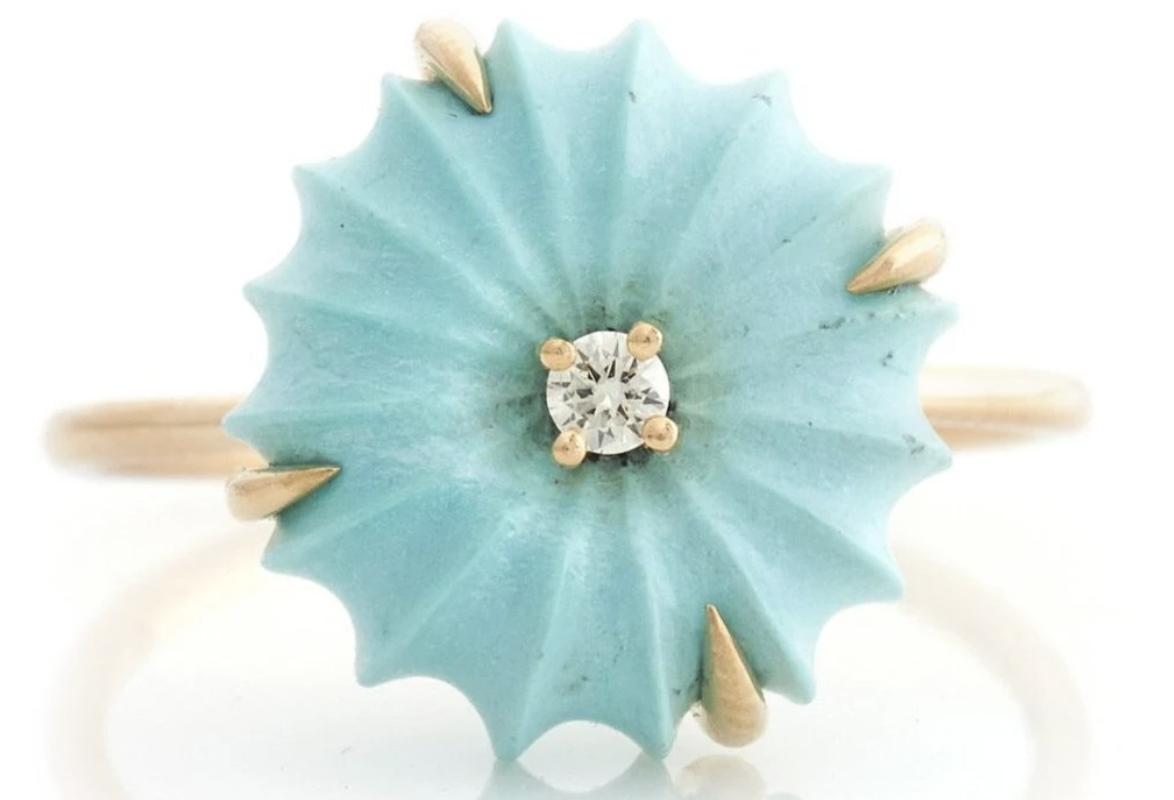 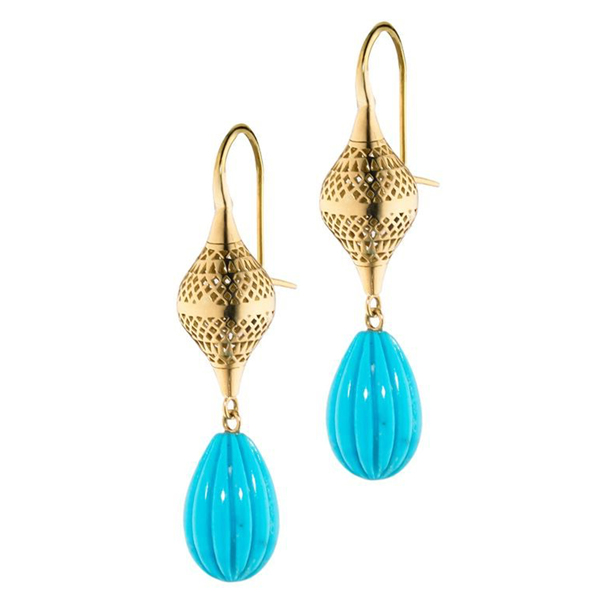 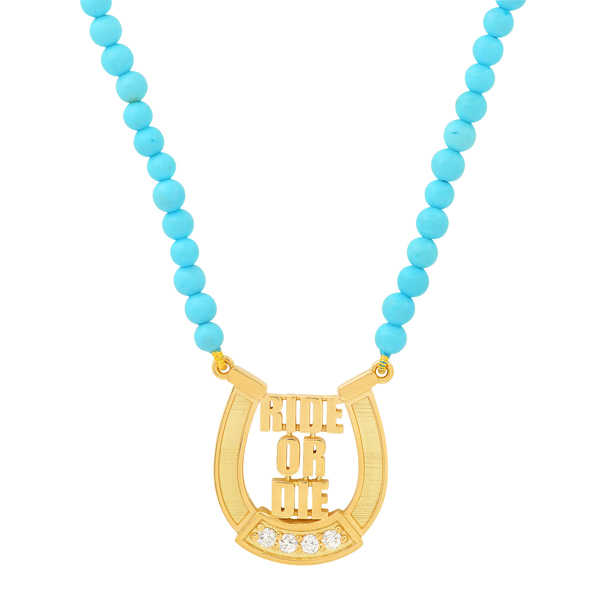 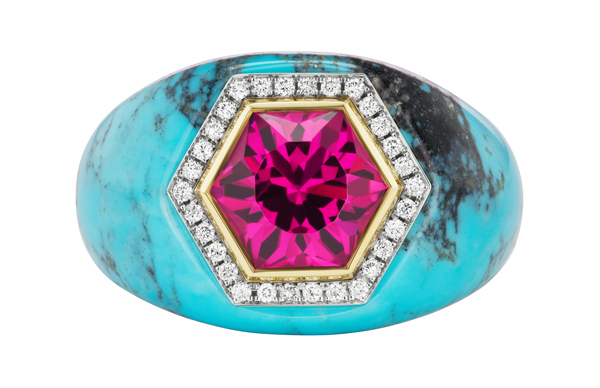 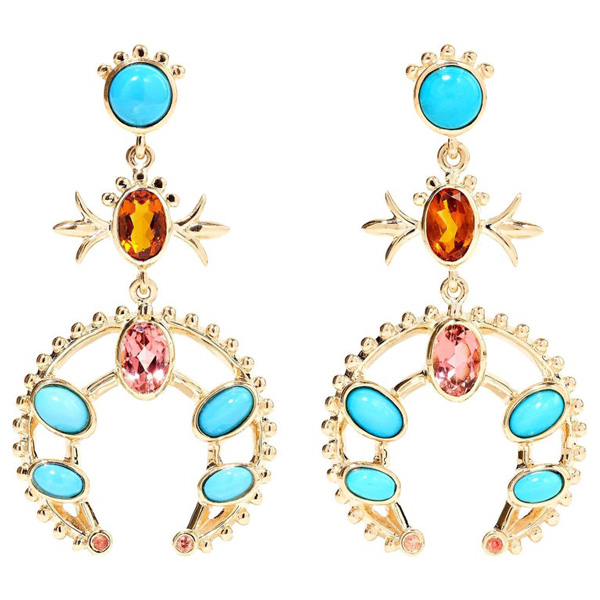 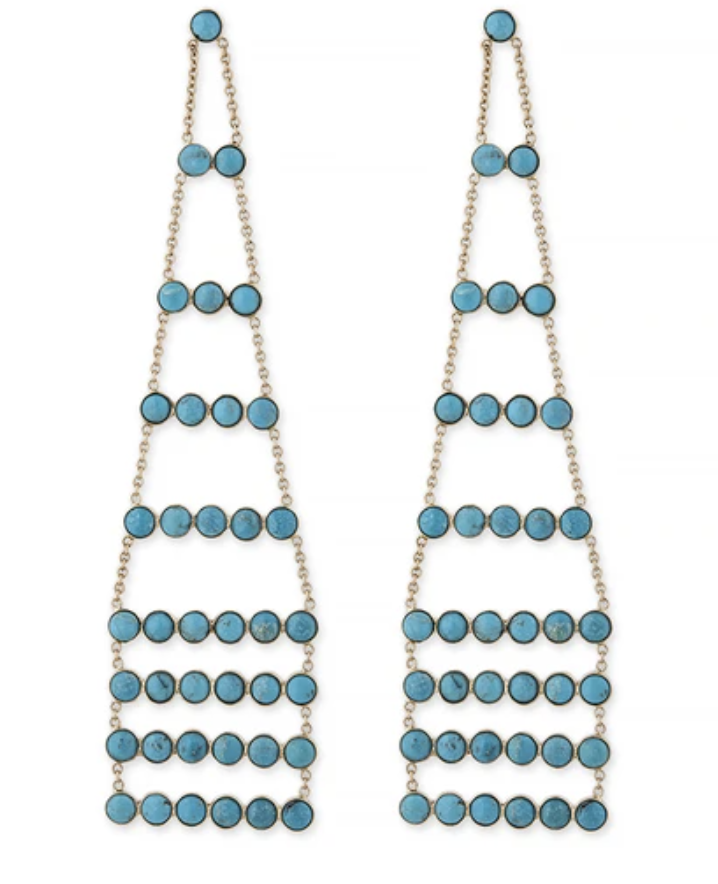 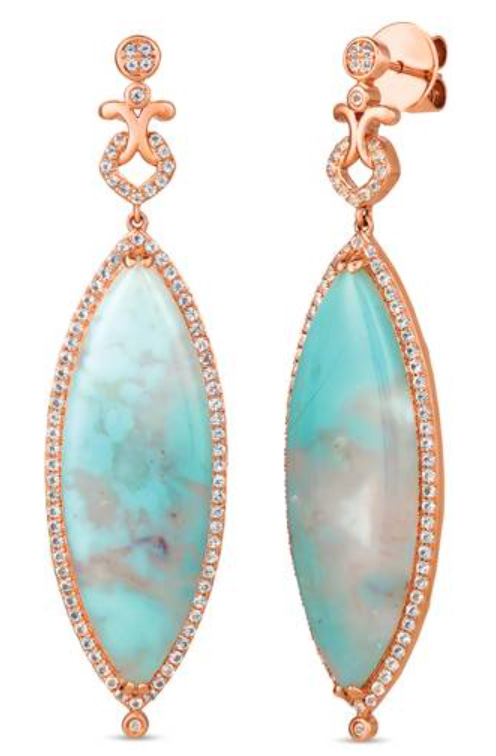 Like Loading...
Previous Article
4 Trends Sweeping the French Jewelry Scene
Next Article
What to Do Before, During, and After a Jewelry Store Robbery