The RingWraps Craze: College Grads Are Blinging Out Their University Rings

In 2011, Emily Huskinson received her “Aggie” college ring from Texas A&M University. Like most college rings, the Aggie ring is a large and formal-feeling piece featuring a crest, an eagle and the school’s name.

Huskinson was aware that college rings were originally designed for men, and simply sized down for women. “College rings by themselves are not necessarily that cute on their own and they can look a bit masculine,” she says. So, she decided to add some flair to her new jewel: “I approached a jewelry store out of Dallas to custom-make a set of diamond-encrusted bands to fit around my ring,” she recalls. She liked blinged-out look, and decided others might, too. 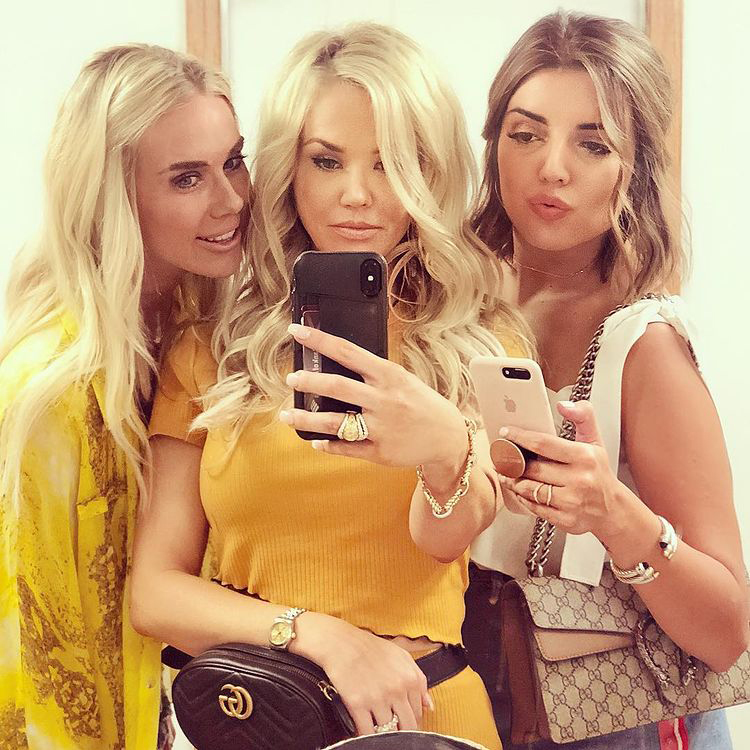 Huskinson filed for five U.S. patents for her “RingWraps” designs, and a business that now caters to some 150 U.S. colleges and universities—offering diamond “wraps” for rings—was born.

The Original RingWraps ($1,990) features two attached bands that sandwich the school ring with uniform lines of diamonds. There’s also the Mini Cascading RingWraps ($2,890), with larger diamonds at the top of the ring that taper off on the curve; the Kensington RingWraps ($2,990), a uniform band of diamonds, like The Original, but the diamonds are larger in carat size; the Cascading RingWrap ($3,290) that features lines of bigger graduated diamonds; and the Crown RingWraps ($5,590) comprised of roughly 2.50 cts. t.w. diamonds that taper from larger in the center to smaller on the sides. The brand also offers a single band curve ring enhancer.

The two bands are soldered as one piece, but aren’t attached to the college ring, so can be removed. “It transforms the ring and turns it into something even more beautiful, meaningful and feminine,” says the CEO. “It turns it into a conversation-starter.” 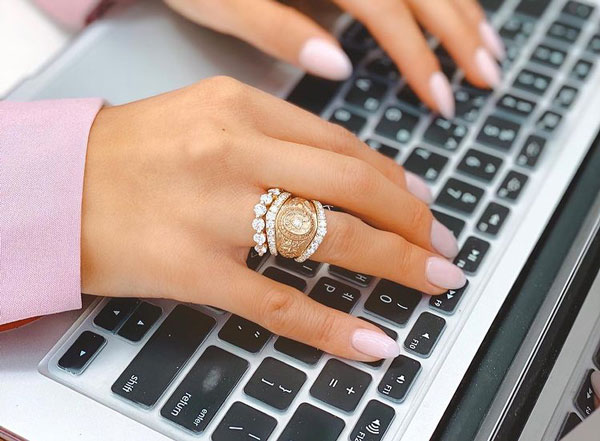 Today, RingWraps employs several in-house master jewelers and, in 2018, opened a jewelry workshop and showroom in the Dallas World Trade Center.  The company has also expanded to include the RWFine line, which offers custom fine jewelry, including engagement rings, wedding bands, necklaces and earrings.

Huskinson says creating bands that fit flush against school rings is trickier than it looks. Which is why, she says, “We do not use any outside jewelers to make RingWraps. Every part of the process is completely controlled by us in Dallas, Texas. We rarely have repairs, and when we do it’s generally because of an accident rather than a manufacturer defect.”

Word’s gotten out on how to add bling to the ultimate college accessory—On Instagram, customers gleefully show off their “wrapped” rings and tag #RingWraps. “Our biggest advantage is happy customers and word of mouth,” Huskinson says. “They do the marketing for us, and it’s authentic.”  —Kristen Young

Like Loading...
Previous Article
What to Do Before, During, and After a Jewelry Store Robbery
Next Article
What’s Next for the Pre-Owned Watch Market? A Chat With Bob’s Watches’ CEO